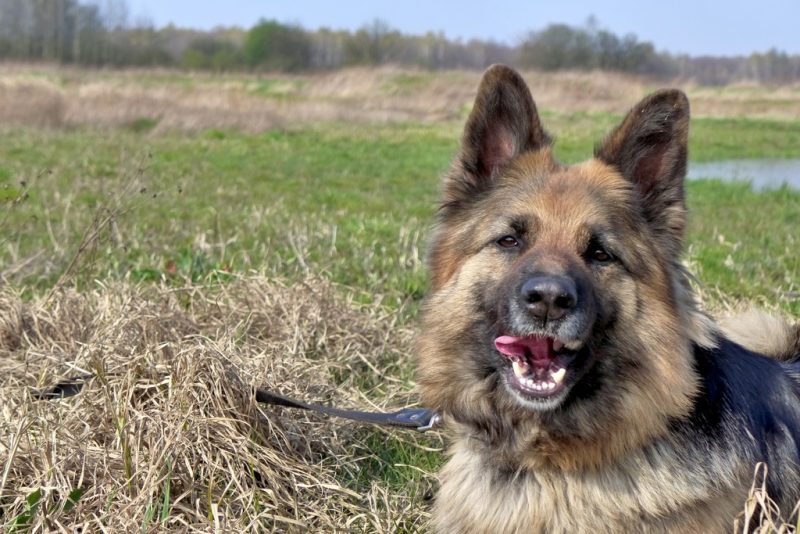 The question is: why does my German shepherd whine? There are many reasons why, and these things you will understand as you delve into this article deeper. I know you’re wondering why your dog does that; don’t worry, dear friends.

The thing is that dogs do whine, and owners tend to get curious about it. And they do so without any apparent reasons, leaving you clueless.

Perhaps, it needs something, or maybe it just wants your attention. Whatever it may be, you will find out as soon as possible. It’s now time for you to wonder no more as we will be discussing the reasons below. So without further ado, let’s start reading!

Why My German Shepherd Whine?

Do you know that this kind of breed would often whine? It’s because it’s bred to be a guard dog and a herder. That is why it has the instinct to get the attention of its owner, for the primary purpose of protecting the herd. Consequently, it is more likely to howl, bark, growl, and whine compared to any other breed. So, why does my German shepherd whine? Here are the following reasons:

#1. Your German shepherd wants something

The first reason why it has to whine is that it wants something. Perhaps, it wants to eat or maybe, go outside. You will know what it wants through its body language. For instance, it whines and wants to go out when it runs back and forth the door or looks at the door.

You should look for clues such as its routine, body language, and situation. If I were you, I would let my German shepherd eat or go out so he would stop whining. But then, it’s not always a “yes.” You should also try not to give in as to avoid toleration.

There are clues that you should look for, such as its proximity to you, body language, and if there are toys around your dog. If I were you, I would let my German shepherd play so he would stop whining. As I mentioned earlier, you should not always say “yes” as it will tolerate such unwanted behavior.

#3. Your German shepherd is bored

Do you know that your dog is needed to endure several exercises so it can exert its energy? Much more, this kind of dog is very intelligent, so it needs mental stimulation. Not providing your dog enough of these things will make it whine and bored.

There are clues that you should look for, such as its routine or the time of the day, its jitters, or antsy movements, and if there are toys around your dog. If I were you, I would let my German shepherd have toys so it can play. Or maybe it’s a good idea to have a play routine or at least, allow it to play outside.

#4. Your German shepherd is excited to meet you

Once your dog is excited to meet you, it will surely whine; this is usually the case whenever you get home. You can consider this behavior a jolly greeting, and do not forget to give it huge attention. Who’s not excited to see their BFF, by the way?

You should look for clues, such as when you’re not around for some time and other body language related to excitement. Returning this feeling of excitement to your dog will be a good idea; this will surely make your dog appreciate you even more. Remember that whining is not always a negative aspect of your German shepherd. It’s sometimes an innate response manifesting how happy your dog is to be with you.

#5. Your German shepherd is scared

When we think of German shepherds, we could not think of them as brave dogs. Yet, even if they seemed braver enough compared to other dogs, they still have feelings. They also get scared of a few things, such as stressful circumstances, new people, and storms. In case you observed them whine during similar situations, you can assume that they are scared. And for this, you should provide them comfort.

There are clues that you should look at other than those above-mentioned; you will know when they are scared when they shake. I guess the best thing that you can do with this is to try to control the situation if you can. If not, then you should comfort your dog. Perhaps, you can give it a thunder shirt, or a kennel to help it calm down. Because you are considered as the pack’s leader, you should be in charge of giving safety and comfort.

It’s helpful to read why is my German shepherd afraid of everything.

Now, you know the answer: why does my German shepherd whine. There are five reasons we’ve mentioned above. Just be there for your dog, especially when you feel that it needs you the most. Thank you for getting this far, my dear friends. Hope you have learned a lot from this article. Have a great day!