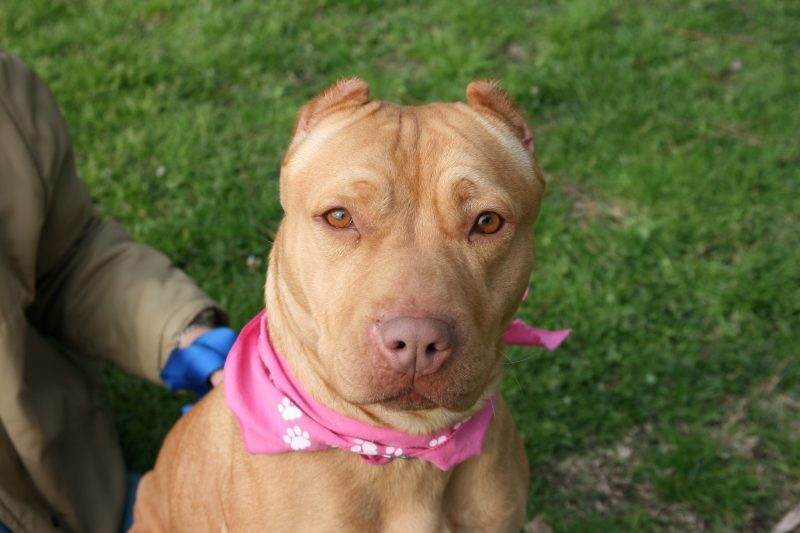 You may be wondering why do people crop pitbull ears? There are five main reasons, but all of these are mere misnomers; you’ll know all of these as you delve into this article further.

This practice sounds medieval, yet it’s not that surprising. When you think of it, cropping ears can be very painful. Plus, many people would think that this practice is inhumane.

It’s part of the old tenet that makes it crucial on some breeds; this helps them improve their hearing, protect during fights, and prevent infections. These reasons, no matter how old they are, are not favored. This procedure required for dogfighting is considered unlawful, though the procedure is still practiced by many.

The thing here is that when the pitbull ears are cropped, they look more aggressive and ferocious. So, they have a distorted image. Well, they are already reputable when we speak about aggression.

And you’ll not be surprised because this act is not just applied to pitbulls. Ear cropping is also practiced in other breeds like Great Danes, Schnauzers, Dobermans, Boxers, and Corsos, to name a few. But, my friends, it would help if you understood that there is still no evidence that clipping the pitbull ears can give the benefits mentioned above, though many believed so.

Have you ever seen a Greyhound or a Labrador? If yes, then you know that they have drop ears. And these are similar to pitbulls. The shape of their ears is like rosebuds that come with an upward curl, referred to as the cartilage. So for them to have a curious look, they would lift the cartilage; this is done just a little situated at their folded flap.

As they grow older, you will see how they grow together with their ears. And this becomes proportional to their body. So their ears are positioned in a more erect manner with the top curled.

My friends, the shape may be different from pitbull to pitbull. This being said, you can tell that some dogs come with firm ears while others come floppy. There’s one thing in common to all these pitbulls, though- their ear has flaps consisting of cartilage, and these are made of smoother skin. So, in order to make the ears more erect, they would remove the pinna through ear cropping. You may want to know more about how to make dog ears stand up.

Do you know that around 2/3 of dog’s ears are cropped off mainly for aesthetic purposes and some other medical reasons that are believed to be true? This procedure is done while dogs are still young, around 7 to 12 weeks. At this stage, the ears of the puppies are still soft.

If the procedure is done after the required period, it can pose a severe threat to them. This can be very painful, and you can extend the recovery process. Also, it can lessen the chance of making the ears more erect than usual.

The surgery is done around 40 minutes, and the dog is provided complete anesthesia. It takes weeks for it to recover. As part of the post-surgery procedure, they have to bandage the ears and suture the edges. For a more upright look, they would tape the ears. Anyway, this procedure is referred to as cosmetic otoplasty.

It’s good to know that the ears of pitbulls consist of numerous nerve endings. So, this explains why they are susceptible to touch, especially after surgery. What’s surprising is that the procedure itself is not taught in vet schools. This only means that the same is only learned during the job.

Why Do People Crop Pitbulls Ears?

You know how risky the procedure is, but why do they still do so? Why do people crop pitbull ears? Here are their reasons behind:

This is usually done for dogs who are employed for fighting and hunting. In this way, they’re sure that it will minimize the risk during fights and hunts. This is also explained by the understanding that the usual target of opponents is the ears. Given the unlawful dogfighting in many parts of the world, it’s pretty unreasonable why this procedure is still used in certain breeds used for fighting and hunting. Here are the 10 best dog breeds for hunting.

Here’s another reason why ear cropping is prevalent: it minimizes infection. They would believe that if the ears are floppier, they are at a high risk of infection. It’s because big ears may retain more moisture, leading to infection. Studies show that the shape and the size of the ears are not contributing factors to an ear infection.

For working dogs, their ears are cropped so they can better hear. They believed that floppy ears might be preventing sound waves so they can’t effectively reach the dog’s eardrums. This would mean that if the ears are erect, they could allow an unobstructed path of sound waves so that they can hear clearly. Through this, these dogs become more wary predators.

#.4 A standard for certain breeds

One of the main reasons for this procedure is that they believe that it’s a breed standard. Well, cropping pitbull ears provide better aesthetics. Does it?

Just to meet the qualifications prescribed in some dog shows, they would allow their pitbulls to crop their ears. This also gives them a higher chance to win the competition. You may want to know the 21 pointy-eared dogs.

Now, you’ve already known why do people crop pitbull ears. My friends, all of these reasons may seem reasonable to you, but there are no pieces of evidence to guarantee these claims. Hopefully, you’ve opened up your eyes and let your pitbulls enjoy what they inherently have. You may also want to read when do pitbull lose their teeth. Until here, my friends!