If you are deciding when to neuter a pitbull, then you have come to the right place. The thing is that veterinary protocols vary. But between the ages of four and nine months, your American pitbull terrier should be spayed or neutered.

Table of Contents show
1 What Does Neutering Means?
2 What Is The Best Time To Neuter Pitbulls?
3 Preparation For Your Pitbull’s Neutering Procedure
4 Pitbull Neutering’s Consequences And Risks
4.1 #1. Behavior change
4.2 #2. Weight-related issue
5 Benefits Of Neutering Pitbulls
5.1 #1. Cancer risk is significantly reduced by neutering
5.2 #2. Additional health hazards are reduced
6 When To Neuter Male Pitbulls?
7 When To Neuter Female Pitbulls?
8 It’s A Wrap!

There is a multitude of reasons for such a long timetable, but depending on your american pitbull terrier’s sex, some doctors believe that timing can actually affect their behavior. 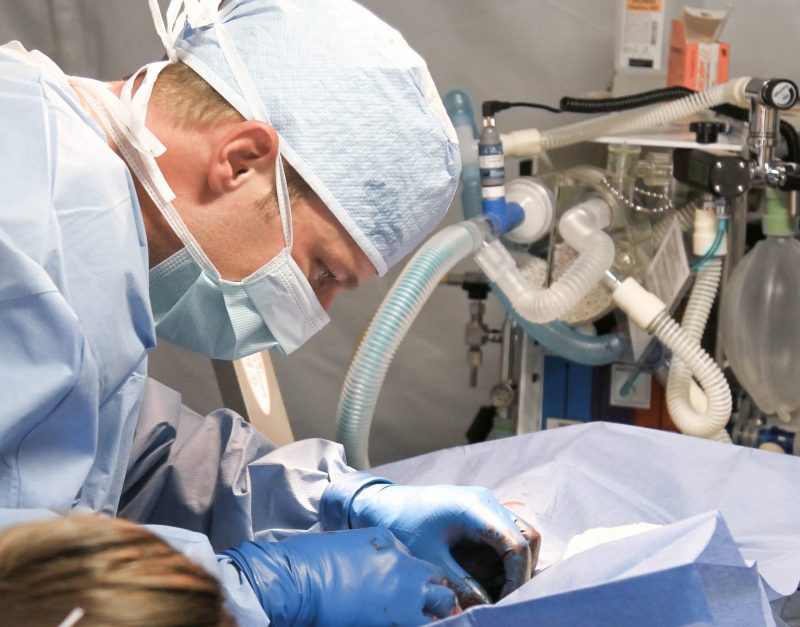 Spaying and castration, according to some studies, can help lengthen a dog’s life and possibly avoid future problems. In addition, a man’s risk of prostate and testicular cancer is significantly reduced after castration. Unfortunately, there is no definitive answer when it comes to when female American pitbull terriers should be spayed. For a more tailored assessment, we always recommend seeing your veterinarian.

What Does Neutering Means?

When we say neutering, it pertains to the process of removing your pitbull’s testicular arteries, testes, as well as spermatic ducts, in case you were wondering. In other words, the pitbull’s reproductive organs will be lost. Others also use the term castration to refer to this process. The surgery is done with your pitbull being sedated, and there are a few small dangers involved. But, in general, it’s a rather typical and risk-free procedure.

What Is The Best Time To Neuter Pitbulls?

It is recommended that a pitbull be neutered between the ages of 5 and 9 months. Neutering should never be done before this age because there is a greater danger of your pitbull developing health problems due to the procedure. However, neutering your pitbull if it is older than 5-9 months is still permitted.

Preparation For Your Pitbull’s Neutering Procedure

You should start thinking about neutering your pitbull. The procedure will go much more smoothly if you can have a feel of what is expected of you. All post- and pre-operative dos and don’ts should be discussed with your veterinarian.

These will often include what your pitbull should eat the day before and the day of the treatment, as well as the amount of water they can drink. If your pitbull is in pain, you might be able to get some pain medication for them. Consult your preferred veterinarian for more information.

In the end, the choice is totally yours, and you are the only person who genuinely understands what is best for you and your new pitbull. You’ll be in great shape if you do your allocated job and prepare ahead of time. In addition, if you decide to neuter your pitbull soon, we wish him a speedy recovery.

Health benefits that come with neutering pitbulls are numerous, and it may even enhance your dog’s behavior. Although those benefits often surpass any visible behavioral changes, you must nevertheless take them into account. While it is unlikely to have a significant impact on your pitbull’s personality, you may notice some positive changes. I’d want to start by talking about the possible behavioral changes that come with neutering a pitbull terrier.

Despite an increase in aggressive behavior following neutering, studies demonstrate that it has a long-term effect on the dogs’ temperament. In addition, the breed of your male dog has a significant bearing on whether or not he becomes more aggressive after he is neutered.

Dogs of some breeds are inherently more violent than others, and neutering these animals may exacerbate their violent tendencies. The most evident physical alteration is the removal of your male dog’s testicles, but once the incision scars have healed, they are hardly noticeable anymore.

It only seems fair to discuss a few possible side effects of neutering pitbulls and the health consequences and risks that may occur later on. However, weight-related concerns predominantly are the most well-known and widespread health risks linked with neutering.

If a pitbull is neutered, it is three times more probably to grow obese, and the risk of hypothyroidism is significantly increased. Furthermore, neutering your dog raises your dog’s chances of bone cancer, hip dysplasia, and other health issues related to its joints. You may question: how to make my pitbull gain weight and muscle.

In general, I believe the benefits exceed the risks. It is recommended that you get your pitbull neutered if you do not want to breed it. If you didn’t know, neutering your male pitbull has several essential health benefits for him. It’s best that you know the great benefits of neutering a pitbull. A few of them are listed below.

Neutering your pitbull can be incredibly beneficial and is worth considering due to the significantly reduced risk of your pitbull developing testicular cancer. It can also help to reduce the chance of developing perineal fistulas and prostate illness.

Neutering can also help to reduce the likelihood of getting diabetes in the future. So while neutering will not thoroughly remove the danger of your pitbull having diabetes, it will significantly minimize it, which is a compelling reason to perform the procedure.

When To Neuter Male Pitbulls?

Although there is no conclusive answer, neutering your male American pitbull terrier when he reaches adolescence is commonly recommended. This is thought to provide long-term health benefits as well as helping to prevent undesired behavioral tendencies like marking and hostility.

When To Neuter Female Pitbulls?

There is no definitive answer when it comes to when female American pitbull terriers should be spayed. While some people feel that spaying as early as five months reduces the chance of mammary cancers, others disagree. For a more tailored assessment, we always recommend seeing your veterinarian.

The answer may vary with regards to the question: when to neuter a pitbull. As most veterinarians recommend, it should be between five and nine months old. Though you can do it before or after this age, it can pose some risks. That’s all there is, my friends. Perhaps, you also want to know why own a pitbull!