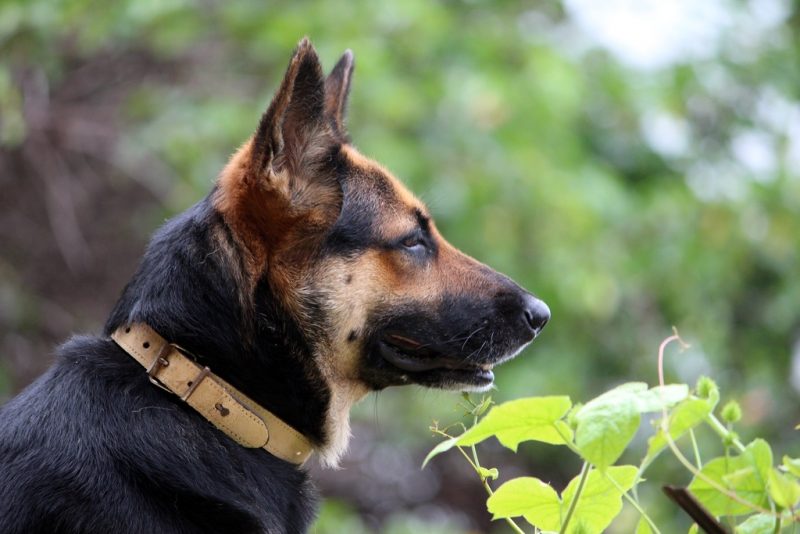 Aside from that, any underlying health issues would very certainly be noticeable at this stage in one’s life. We should also breed only healthy dogs to aid with responsible breeding. Because of the high demand for this breed, you can actually breed your own. However, breeding is a lot of labor and effort involved.

You should not attempt breeding on a German shepherd until it has reached the age of at least 18 months. Many dog breeders follow the 18-month rule because young pups who become pregnant during their first heat cycle can have issues. She will be physiologically and emotionally ready to reproduce if you wait until she is 18 months old or through 2-3 heat cycles.

When Is The Best Time To Breed Your Female German Shepherd?

Keep on reading to know the critical things to consider before you decide on breeding your dog. So, when is the best time to breed a female German shepherd? Here are the following considerations:

#1. The right time for breeding

You can start breeding your German shepherd at two years old when they are already sexually mature. However, the best thing for the female dog is to wait until her first or second heat cycle before breeding. To keep their GSDs healthy in every manner, breeders are obliged to follow specific standards when breeding them.

For example, it will harm a puppy’s development if its parents breed before they are sexually mature enough to be good parents. Perhaps, you want to buy one, you should know how much does a blue German shepherd cost

The female German shepherds are more complicated than the male ones. During the first six months of a GSD’s life, the heat cycle may begin. However, it is not recommended to breed her during her first heat cycle. But, if you want to start breeding your female GSD, the best age is when she is two years old. And you can keep on breeding her until she’s eight years old. And that will undoubtedly give you a healthy litter of pups.

On the other hand, if you plan to breed your dog early, the mother dog becomes confused and neglects her puppies. This is return could have long-term repercussions for the dog and its offspring. And if you keep breeding your GSD for too long, even a single breeding season might be harmful to her and her pups.

The German shepherd’s ability to carry her pregnancies to full term or even to give birth to stillborn puppies will diminish with time as she ages. And you could accidentally harm her and her puppies if you don’t follow the recommendation of when is the best time to breed a female German shepherd.

Even though male German shepherds have fewer health difficulties than females, this does not mean that their well-being is any less critical. Before attempting to breed a stud, you should give him at least two years to mature. The optimal time for a breeder to ensure that their dog is of the correct age and sexual maturity for breeding is now.

In the same way that female GSD eggs degenerate with time, male sperm does the same. Therefore, if a male German shepherd continues to produce healthy pups until his tenth year of age, he can be bred.

#4. The best age of breeding

A breeder must first grasp how it can achieve healthy pregnancies and its impact on their aims before proceeding because premature breeding of German shepherd puppies can have devastating consequences to both the mother and the pups.

However, the worst-case may go to a premature female German shepherd as younger mothers pose a greater risk to their puppies than older mothers. When a young mother is pregnant with pups, there is a greater risk of stillbirths and miscarriages because she is still developing. If the German shepherd’s mother dies during the whelping process, the puppy’s life could be in danger because her pelvis isn’t fully developed. Read how long is a German shepherd pregnant.

#5. Effects of breeding at the wrong time

An increased risk of difficulties can be expected when the female German shepherd is pregnant later in life. Older dogs are more likely to give birth to stillborn or miscarried puppies than those who are younger. Starting to breed a German shepherd at the age of four has significant repercussions and obstacles. An increase in the incidence of illnesses among puppies may be related to a failure of the female’s eggs to mature.

For her to have healthy puppies, her eggs may be too old and unusual, making it difficult for her to reproduce. An aged German shepherd may still care for and nurture her puppies, but she will have a hard time feeding them. In addition, she may begin to dry up too early for her puppies as her milk supply diminishes with age.

Before you bring your dog in for breeding, you need to think of all the pros and cons of doing it. Knowing when is the best time to breed a female German shepherd will produce you proven healthy pups. It is recommended to breed them sexually mature or between their second and eighth year of life.

It is essential to know GSD’s genetic history and if a veterinarian had screened it for a disorder like hip and elbow dysplasia. Also, knowing your dog’s status or if it has been to a dog training center before. This points out that health is the most crucial issue when it comes to breeding your German shepherd.

On the other hand, if you want to secure the long-term health of your puppies, you must also be aware of the genetic makeup of their dog’s potential mate. Finally, and the most important of all, is to seek the advice of a few experienced breeders before deciding to start breeding your dogs. Also, know when should a female german shepherd be spayed.