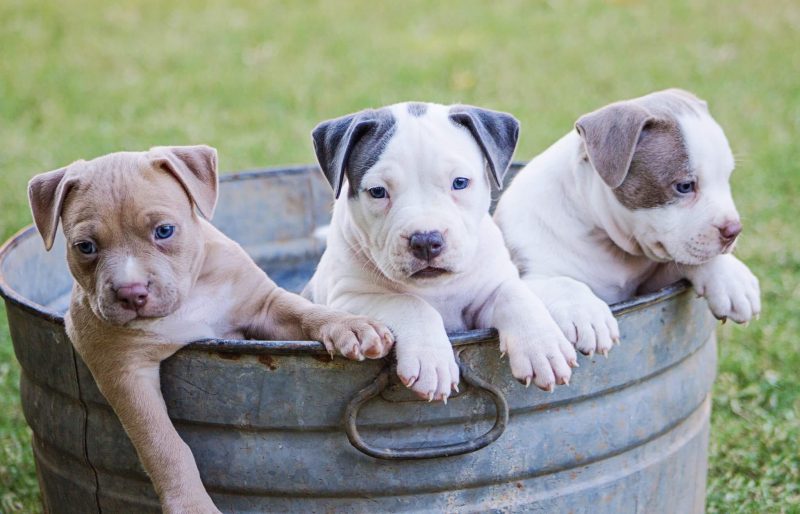 It can be a bit tricky sometimes when it comes to how to tell if your dog is full breed pitbull; fairly recently, affectionate breeds of dogs that look powerful such as pit bulls, are gaining more and more popularity.

Of course, you would want to know if you have taken or adopted a purebred one. This is important since you might be expected to get a permit for owning a potentially dangerous dog. Other than that, there could be other reasons why you are interested in knowing so. For instance, you desire to enroll your dog in a beauty pageant for pit bulls.

In this post, you will know the signs that will indicate if your dog is indeed a whole breed. In addition, you will get to know pitbull traits and other details about them that you may find interesting.

The term pitbull pertains to dogs that look like Staffordshire bull terriers, American Staffordshire terriers, and other breeds descended from bull-baiting dogs created in England during the nineteenth century.

However, similar characteristics may be seen in over 20 other purebred dogs and many hybrids. A dog that looks like one of these breeds is called a pit bull. Over 700 cities and towns in the united states have breed-specific laws regarding pit bulls and other dogs regarded as more dangerous than average dogs.

Staffordshire terriers are typically designated as prohibited terriers in places with breed-specific restrictions. In addition, Pitbull mixes that look alike may also be banned according to local laws. San Francisco city, for example, has an eight-point list of physical traits that prohibits the ownership of dogs with five or more of them.

This breed has a long history of being excellent with children and making wonderful family pets when properly raised. However, breed legislation only considers a dog’s physical appearance, not its training level.

Is It Necessary To Know If A Pitbull Is A Full Breed?

Many people are divided when it comes to dog purity, and the answer differs according to who you talk to. But this should only be a focus for registered and approved breeders. It’s less urgent to ask whether or not we should be allowed to own dogs in our nation.

Any dog breed, purebred or mixed, can be included in such a group due to their height, weight, size, powerful musculature, large head, and wide neck, among other characteristics. However, the factors used to determine whether a dog is harmful or not differ from country to country.

Furthermore, regardless of whether or not our pet is purebred, it will love us, show affection, and act appropriately when we raise them properly. But for those who are curious about whether or not a pitbull is purebred for any reason, we’ll go through the details in the section below. Before that, you can read how to make a pitbull big.

Ways To Tell If Your Dog Is Full Breed Pitbull

You should note right away that major dog breed categorization and standard-setting organizations like FCI or AKC do not identify the American pitbull as an official breed. But specific organizations like the UKC recognize and register them based on specific criteria as a distinct race.

In addition, numerous breeds, such as the Colby, snake, Chamuco, red nose, blue nose pitbull, and Mexican pitbull, are considered types of sub-races of the pitbull; none are recognized officially by any organization or association.

A dog’s personality may also be analyzed when determining whether or not it belongs to a particular breed. Contrary to popular belief of whether or not a pitbull is aggressive is not an essential character trait. A happy and well-balanced pit bull is described as follows:

#2. Physical traits of a pitbull

Dog breeders have classified some physical traits that can distinguish a pitbull. When it comes to their size, pitbull have compact, solid, and medium sizes. The females can be a bit longer as compared to males. They also have well-defined and robust musculature. This explains why they are very athletic.

If you look at their heads, you would see that they are flat, broad, and are medium in length. For their muzzle, it is also somewhat flat and broad. But take note that it is not as flat as those of a bulldog. It can also be longer or shorter. But it wouldn’t be as long as those of shepherd dog breeds.

For their nose, it is usually broad and extensive, with nostrils that are marked well. The nose can also come in any color. Their ears can have medium or small sizes with straight and high, or half of it falls. But you can find many of them with cropped ears.

Their tails are short and have a broad base that narrows towards the tip. In addition to black, white, reddish, brown, and blue, their fur is incredibly short and comes in a variety of patterns and colors, including splotches, with and without spots, stripes, as well as combined colors. The only color that you cannot find in this particular breed is merle, common among other canine varieties. It may be best to know how to make my pitbull gain weight and muscle.

Given the traits above, you can say that the aggressive trait attributed to pit bulls over the years is not because of their innate character traits. Instead, the aggression cases among pits can be associated with the way they are raised.

Often those dogs who are mistreated by their owners or those that are poorly socialized would result in aggressiveness. This can be experienced by all dogs; may it be a full breed or not.

Nonetheless, our team hopes that this post on how to tell if your dog is a complete breed pitbull has enlightened you. Furthermore, may you have found a lot of exciting details and facts about pits.  You may want to learn the 12 dog breeds that are least likely to bite.