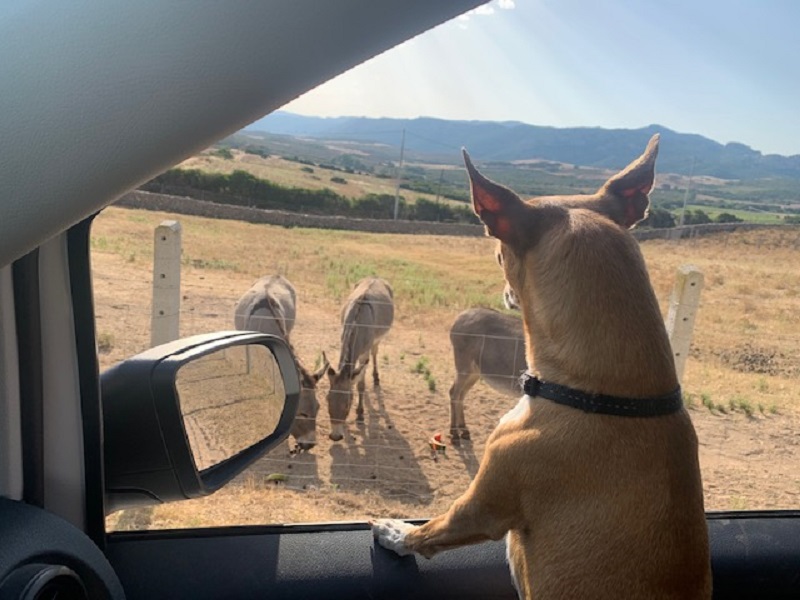 How smart is a Chihuahua dog? Anyone owning a Chihuahua can attest that aside from being sassy, this dog breed is also intelligent.  Compared to other dogs, Chihuahuas are more intelligent. Unfortunately, however, they do not belong on the list of intelligent dogs, which is a little disappointing.

Keep reading until the end to know just how much intelligence your pet may possess. Furthermore, you will get to know how to identify whether or not your pet is intelligent.

Dogs have superpowers, and you should consider this to know how smart is a Chihuahua. Their nose, among other things, is a wonder of artistry and craftsmanship. They can smell in three dimensions, and you may move each of their nostrils independently. When it comes to listening, a dog has an advantage over humans. As well as being able to swivel on their own, they have four times the hearing capacity of a human. So when you look at your dog’s ears, you can get a sense of what they’re thinking and feeling.

Intelligence comes in various forms. As mentioned earlier, the intelligence of dogs can vary depending on how it is measured. Let us take a look at the different types of intelligence that a Chihuahua can show. Below you will see the various aspects in which your Chihuahua may or may not display how smart it is. Here’s how smart is a Chihuahua dog.

They bred the dog for this purpose. Two examples include herding dogs that automatically gather cattle and a hunting dog that automatically collects birds during a hunt. As a result of being raised to catch rats, Chihuahuas have a strong instinct to defend themselves. These tiny canines are often seen “working,” but they are also becoming more popular as pets.

Chihuahuas are very focused on what a dog’s owners can teach it to do. Examples are telling your dog to “Stay,” “Paw,” and “Sit.” The number of times your dog must respond correctly to a command is essential. In my case, my Chi is always eager to learn new things. She has a remarkable ability to absorb new information in a short time. On the other hand, she is far more interested when it comes to food rewards. It is much simpler to get on board with a plan because of this.

But take note that some dogs, on the other hand, have the typical Chihuahua stubbornness that is a common trait of this breed. You’ll need a high-value reward to keep them pawing or seated. A dog’s IQ can be assessed solely by teaching them, which is a challenge.

Is your Chihuahua capable of empathy?

The vast majority of dog owners think that their canine companions show compassion and understanding. It’s all about being able to empathize with others. Furthermore, it is possible that your dog would try to cheer you up by giving you a lick on the face and cuddling with you.

It’s relatively uncommon for dogs to approach their owners to see if they’re still in charge if they perceive a shift in their demeanor. Because of this, you can say that dogs exhibit some form of empathy. In case you are upset, your dog will react to it. But this may vary depending on this personality. My friends, you may also be interested to know how to make your Chihuahua happy.

What Words Can Your Chihuahua Comprehend?

We all say goodbye to our dogs, explain why we’re leaving them, and go into great detail, but they don’t pay attention. Because they don’t understand us, they can comprehend a maximum of 165 words of spoken language. As far as we know, the most common words that a dog can comprehend include walks; naps; bedtime; this way; leaving it, down, sitting, and snacks. If they urinate in the home or do anything you don’t like, they appear sorry.

They don’t feel sorry for you, but they are concerned because they have noticed a shift in your body language. Consequently, they utilize an appeasement posture to restore the mood. In my opinion, it is impossible to assess a dog’s intelligence using human criteria accurately.

How To Tell Whether Or Not Your Pet Is Smart?

Testing the intelligence of Chihuahua that does not cooperate when a reward is not involved should use more intellectual. For instance, you can try to give your dog a puzzle that he can solve, and you will see that Chihuahuas are indeed among the smarted dog breed out there.

But what if it is hard to train your Chihuahua? To which can this be attributed? Is this because they are not smart enough, or does this shows their intelligence? For sure, Chihuahua owners have recognized the stubbornness of their pets already. A Chihuahua can be considered as a one-person dog.

When everyone else calls, they may not come unless they are the one lucky person they like. Or not unless the person who called them holds a meatball or any other food to entice the dog. This happens when they are trained well. That shows the intellect of Chihuahuas.

After reading the entire post, for sure, you have realized already how smart is a Chihuahua dog. They possess different kinds of intelligence that can make your dog behave in ways that can amaze you when appropriately nurtured. This opposes the common disposition among Chihuahuas as dumb dog breeds. Read related articles; know why is my Chihuahua so clingy and how to discipline a Chihuahua.